BUT, it isn’t the most effective way to learn Chinese..

Chinese films can also be really hard to understand. The dialogue is often really fast, and there is often a mix of different accents and a lot of slang that beginners wouldn’t normally learn.

I found them really tough to understand for a long time, because the situations in films are usually pretty different from what you would encounter in everyday life, and when you are actually having a conversation with somebody, you have a lot more context and the other person will probably try to help you understand.

If you’re a beginner in Chinese, it’s best not to use films as a benchmark for your language skills, and above all, don’t get put off!

Watching Chinese films also gives you the opportunity to learn ‘more authentic’ language than you will find in a textbook.

You can also watch Hong Kong movies, but they are mostly in Cantonese. If you buy DVDs in mainland China or find them online there then they are often dubbed into Mandarin, but for this list I want to concentrate on recent films in Mandarin that I can recommend.

Here I’m giving you a really varied list of Mandarin films, containing a mixture of comedy, action and historical dramas, mostly from the 90s, 00s and films from the last few years. None of these films are really long epics or ‘art-house cinema’.

Hope you enjoy them! 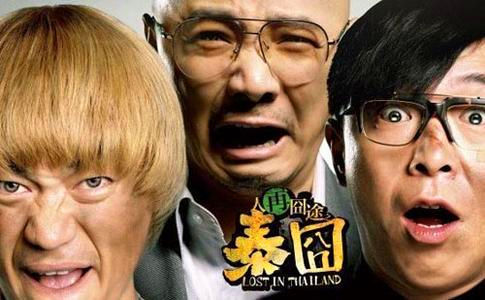 This film is actually really funny all the way through. It’s a really light hearted and easy to watch comedy about 3 guys who travel to Thailand, two of them because they want to find a business boss so they can get a deal for their invention, plus one spring onion pancake seller who just gets strung along. Mostly though, it’s just comedy antics in a Thai setting, and it also features the actress Fan Bingbing (who has also now broken into Hollywood with X-Men.) 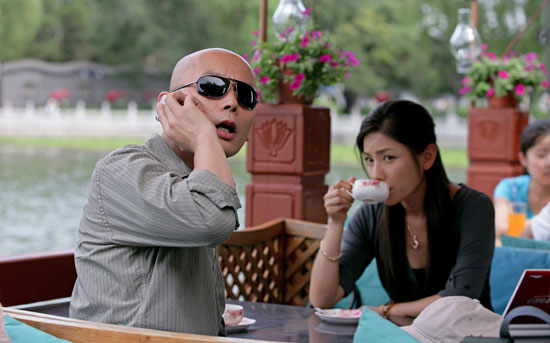 Not to be confused with the TV dating show with the same name, this film is a romantic comedy from 2008, featuring a millionaire inventor who comes back to China after a long period abroad, and is still single, so he puts an advert up online and starts interviewing candidates. It’s not as silly as it probably sounds, and it’s worth a watch. And there’s also a sequel to this film – If You Are The One 2.

3. 天下无贼 (A World Without Thieves) 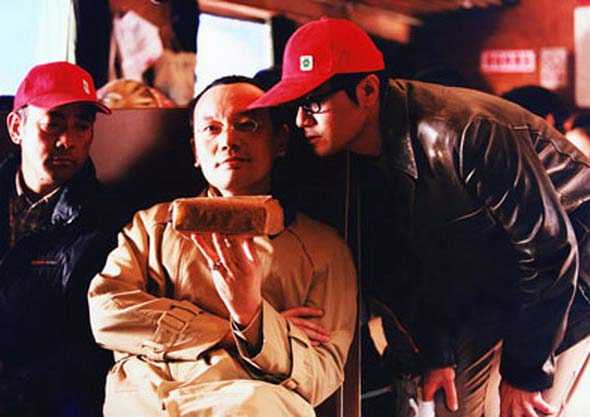 An action film featuring Hong Kong actor Andy Lau and Wang Baoqiang. The action takes place aboard a train going to Tibet, and the story is about an innocent village boy who doesn’t believe that thieves exist. He gets on the train with his life savings in cash, but so does a gang of thieves, and a confrontation ensues. 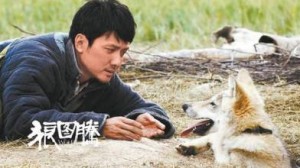 This film only came out this year (2015) so it might not be available online just yet, but it’s going to be worth waiting for. I also mention it because the original book Wolf Totem that the film came from is also incredible. It was a bestseller in China for a long time, and it’s one of the best Chinese books I’ve read (it’s been translated into English too.)

The film (and the book) tells the story of a young man sent to Inner Mongolia during the Cultural Revolution. It’s actually not really about the Cultural Revolution at all though, and more about Chen Zhen’s integration into like on the steppe and his attempts to protect the wolves. I like to think of it as a bit like a Chinese ‘Dancing With Wolves’, even though it is slightly different. 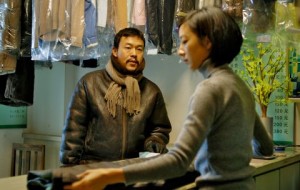 A really popular film from 2014 about an ex-cop who get back into solving cases of murders, where the victims were dismembered and transported in coal shipments. Good film to watch if you like detective films, just be warned that it’s pretty violent in places! 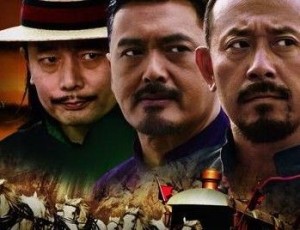 ction comedy film from 2010 about a group of bandits who ambush a train, and ends up turning into bandits taking on bandits. A strange brand of Chinese comedy perhaps, and the language is really difficult to understand, but highly entertaining nonetheless. It’s pretty eccentric, it’s got kung fu, and it’s got guns. 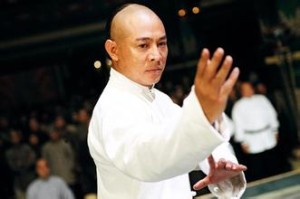 I wanted to put at least one martial arts movie in this list, and although almost all the classic martial arts movies were originally in Cantonese (including the early Bruce Lee and most of the Jackie Chan films), this film stands out as a modern martial arts film in Mandarin. Featuring Jet Li, it’s set in the late Qing dynasty, much later than many of the historical films here, and the action is superb. 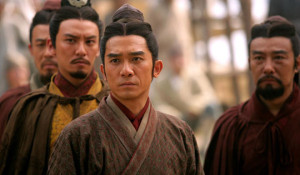 This historical movie from Hong Kong director John Woo tells the story of the tumultuous period in Chinese history after the end of the Han dynasty known as the ‘Three Kingdoms’ period. If you are interested in Chinese history, and you like action movies and battles, then this one is going to be for you. It also has a sequel. 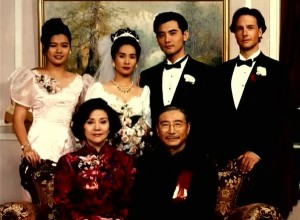 This is the first of the Taiwanese films on the list. Directed by Ang Lee (who later went on to direct Brokeback Mountain), this film is about a gay male couple living in New York. One of them feels forced to hold a ‘wedding’ with a female tenant, so she can get a green card and to please his parents when they come over. But things don’t go entirely according to plan. 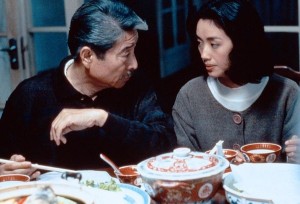 Another classic Taiwanese film from the 90s, also directed by Ang Lee, which tells the story of a retired chef and his three daughters. What makes this film good is the interaction between the characters. And there’s a lot of cooking and Chinese food 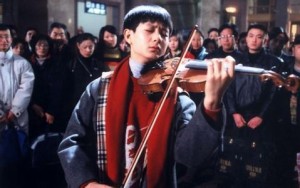 A sentimental film directed by Chen Kaige about a boy who plays the violin and makes a difficult journey to Beijing with his father to try to make a success of himself. Great storytelling and a very moving film. Not so many people know about this one, but I really like it. 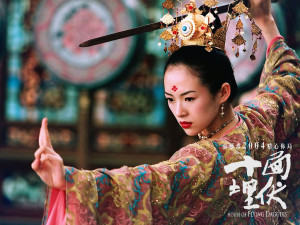 An action and martial arts movie with a rough historical setting. I actually like this film more than Crouching Tiger Hidden Dragon (which is one of the most famous newer Mandarin ‘wuxia’ martial arts films, it is a good watch and beautifully shot, but also a little overrated in my opinion.)

It’s set in the Tang dynasty, and quite apart from the action sequences this film is also visually stunning (especially the sequence in the bamboo forest). Like ‘Crouching Tiger’, it also stars Zhang Ziyi, who, shall we say, has a lot of male fans…

13. 满城尽带黄金甲 (Curse of the Golden Flower) 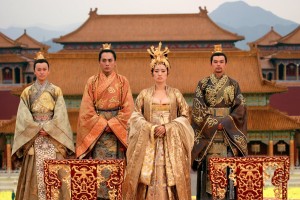 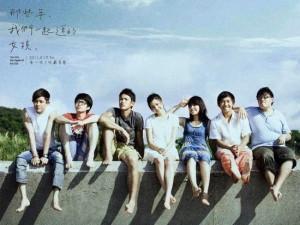 A 2011 bittersweet romantic comedy from Taiwan. It follows the story of high school students Shen Chia-yi and Ko Ching-teng and their classmates and their journey through life and eventual parting. This one is more for young viewers, as it’s more of a ‘coming of age movie’, but it also gives you an idea what schools and universities are like in Taiwan, and across Asia. 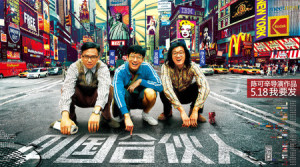 This 2013 film is the story of 3 friends who built an English language school that later became the famous brand ‘New Oriental’. It shows them travelling to America, and is a dramatisation of their entrepreneurial journey. This film is by a Hong Kong director, but is heavily catered to the mainland China market. It captures some of the essence of the modern entrepreneurial spirit in China.
Of course, this is just a short list of some recent Chinese films that I have enjoyed, and there are many classics that I haven’t included here. What films have you enjoyed? Feel free to leave your recommendations in the comments!