Sticking through: 6 ways I kept up the motivation to learn Chinese 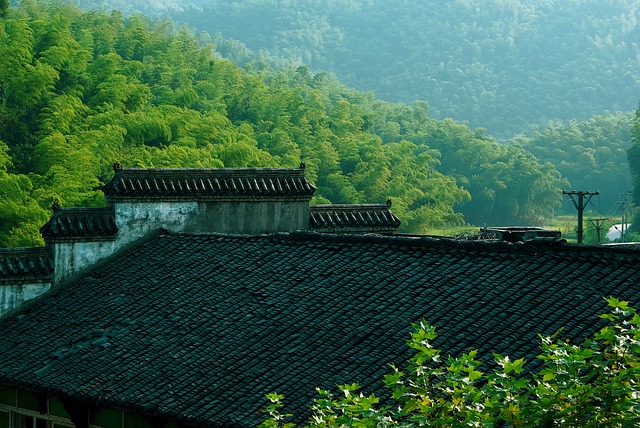 I’ve been learning (or just simply using) Chinese for about 9 years now.

When I first started, it would have been hard to imagine I would be able to persist for this long.

Motivation is something that affects you at all stages, even as a beginner, because the excitement of starting something new wears off pretty quickly, and it takes determination and willpower to keep going.

There have been times when I’ve just felt there was so much I didn’t know, or that I could barely understand anything, or things were going painfully slowly, or I’d forgotten how to write half the characters. But I knew that if I focused on how much there was ‘left’, then I would never get where I wanted to be.

So, in this post, rather than talking about tips or strategies, I want to concentrate on how I kept up the motivation to continue studying, even when other things got in the way, I got frustrated or I simply just wasn’t in the mood (because that happens to everybody, believe me!)

Below I’ve outlined 6 of the key reasons I made it through, and tips that you can think about too, whatever stage you are at in your learning!

1. I was lucky enough to have the accountability of a class at the beginning

One of the most ‘fragile periods’ when you’re learning Chinese, or anything else for that matter, is the beginning.

This is when it’s ‘make or break’ about whether you are able to get into a habit that you’re able to keep up or whether what you’re doing just ends up as a fad or something that you took up and then dropped a week or so later.

That’s why at the beginning, it’s really important to be accountable about what you’re doing. I was lucky (in some ways) enough to have classes and tests and homework and things that tied me down and kept me on track. I was really interested in what I was learning, but I think that accountability was what brought me back on track a few times when I was flagging.

Tip to take away: Find some way to be accountable. Even if you don’t have a class or a teacher, you could still find a friend to give you a bit of a nudge every week. Or, write down your progress and goals every week, and make sure that you stick to them.

2. I found things about the culture that interested me

Having a particular aspect of Chinese culture that you’re interested in (or preferably more than one) will give you an extra motivation, besides than just being interested in language itself.

When I first started learning Chinese, I was really fascinated by the characters, getting almost all the books on characters I could find and reading through them, trying to discover where they came from and what all the bits meant.

I also watched a lot of Chinese films, which I could barely understand at the beginning, but they encouraged me to keep learning the language so I could pick up more and more of the dialogue. I felt I was learning something that fitted into something greater, rather than just ‘words’ and ‘sentences’.

I even listened to Chinese music, not because I thought it was better than music in English, but just out of interest, and to find another angle to ‘attack’ the language from. I remember I could only understand a few words of the first Chinese songs I listened to, so I had very little idea what they were even about, but after I while I had so much exposure to the language that I improved my pronunciation a lot, and quickly learned to understand the lyrics.

Tip to take away: Think about what part of Chinese culture interests you, and try to explore it as much as you can. If you can do it in Chinese, then even better!

Now I know this one won’t apply to everybody. You might just be learning Chinese because you want to communicate, or for work purposes. But if you can become interested in the language for what it is, then that’s a great thing.

When I first started learning, and even for months and years afterwards, I just wanted to know why everything in the language was the way it was.

I was just fascinated why, for example, the character for cup (杯) could be made up of 木 (wood) and 不 (not). I wanted to know the word for everything in English in Chinese, so I was constantly looking in dictionaries, and finding things out, and trying things out myself.

Even now, years later, I can still barely resist the temptation to look up any random word that I don’t know how to put into Chinese, and that curiosity has actually taught me a lot of what I know, (yes I looked up all the swear words pretty early on…)

Tip to take away: Remain curious about everything in the language, that will make it more interesting for you. Ask why things are the way they are, and explore!

4. I liked the idea that I was learning something a bit ‘different’

If you’ve seen my videos you might know that one of the reasons I wanted to learn Chinese was to learn something ‘different’ to what everybody around me was concentrating on – and that motivated me too.

I felt like I was exploring a new world that not many people around me knew about, which made it kind of fun. Even though it felt quite ‘weird’ to speak the language at the beginning, I just enjoyed getting my mouth to produce a new set of sounds, and to discover something that seemed almost like a ‘secret code’.

Tip to take away: Enjoy the fact that you are exploring something completely new and feel good about taking up something a little bit ‘different.’

5. I took trips to Chinese speaking areas and used the language with people wherever it was possible

Again, I appreciate that not everybody can do this.

But, in fact, for most of the first year I was learning Chinese, I was in the UK, so it’s not like I was in Chinese speaking areas all the time, but whenever I did get the chance to visit mainland China and Taiwan, I took it, and discovering Chinese culture on the ground always gave me a renewed motivation to keep studying the language.

I also kept in touch with friends I met on trips or during study, even when I was back in the UK, and through the instant messaging service QQ (and much later the app Wechat.)

Tip to take away: Travel and getting to grips with the culture is always a great way to boost your motivation for the language. And even if you can’t get to China, you can always explore a Chinatown closer to home, or learn about the culture through making Chinese friends where you live or online.

6. I took breaks when things got frustrating

I was naturally very interested in Chinese right from the start, which was a huge advantage, but even with that interest, it’s still easy to get frustrated when you’ve been doing the same thing for a period of time and you don’t seem to be understanding as much as you think you should.

That’s why it’s important to take a break whenever you feel that you’re losing concentration or it’s just not working. It’s completely normal to have more productive and less productive periods, whatever you’re working on, and sometimes even though it might seem like you’ll get more done by pushing on, actually you can achieve more by just stopping and coming back when you’re fresh and in a better mood.

Tip to take away: Don’t feel bad about yourself if you are not able to work for a longer period, or if you start to get frustrated. Just take a break, take a walk, get some exercise, do something else, and then come back and think about approaching the task from another angle.

I hope these tips have given you some ideas about how you can discover new motivation to learn the language.

Everybody can feel demotivated at times, but if you keep laying bricks one at a time, you will be able build up a strong foundation in Chinese.