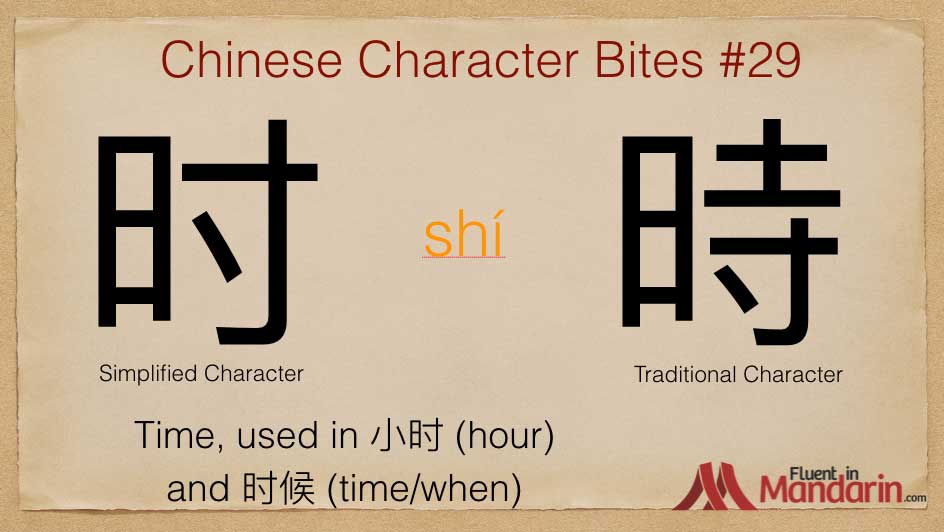 Our character for today is 时

This character is pronounced shí in the 2nd tone

时 means ‘time’. You’ll see it in words like 小时 (an hour – little unit of time) or 时候 (which also means time and is used in 的时候, the way you say ‘when’ in Chinese). Also, 时 can sometimes mean when on it’s own.

The left hand side of the character is 日 (rì) ‘sun/day’
The right hand side is  寸 (inch) in the simplified character
and 寺 (temple) in the traditional Chinese character.