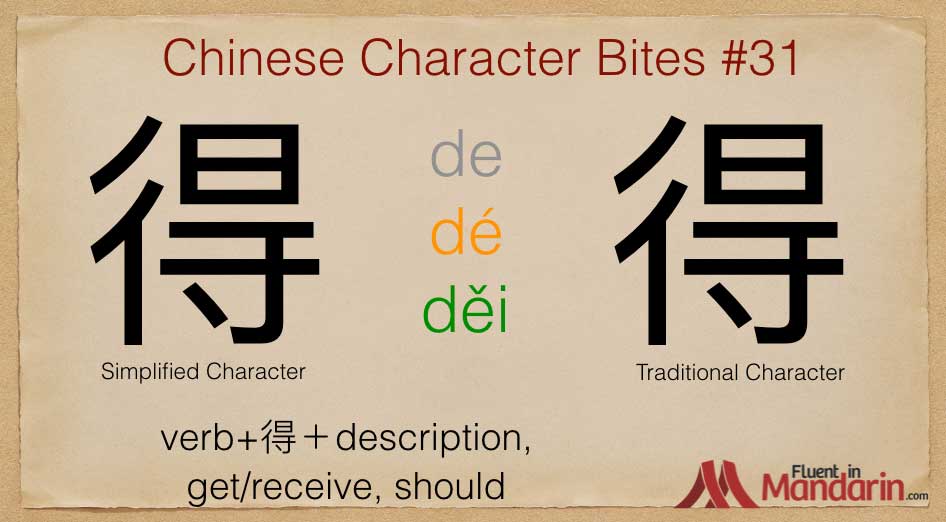 Our character for today is 得

This character has 3 different pronunciations. Most commonly, it is de in the neutral tone, but sometimes it can also be dé in the 2nd tone, or occasionally děi in the 3rd tone. It means a different thing with the 3 pronunciations (see below).

de in the neutral tone is a grammatical particle which comes between a verb and a descriptor of the verb. For example 走得快 (walk quickly) or 听得懂 (understand  – hear and understand)

dé in the 2nd tone means to get or obtain, for example in 得到 (to obtain)

The character was originally 貝 (cowrie shell) + 寸 (hand), meaning ‘get your hand on money’ / obtain, but it has changed over time.