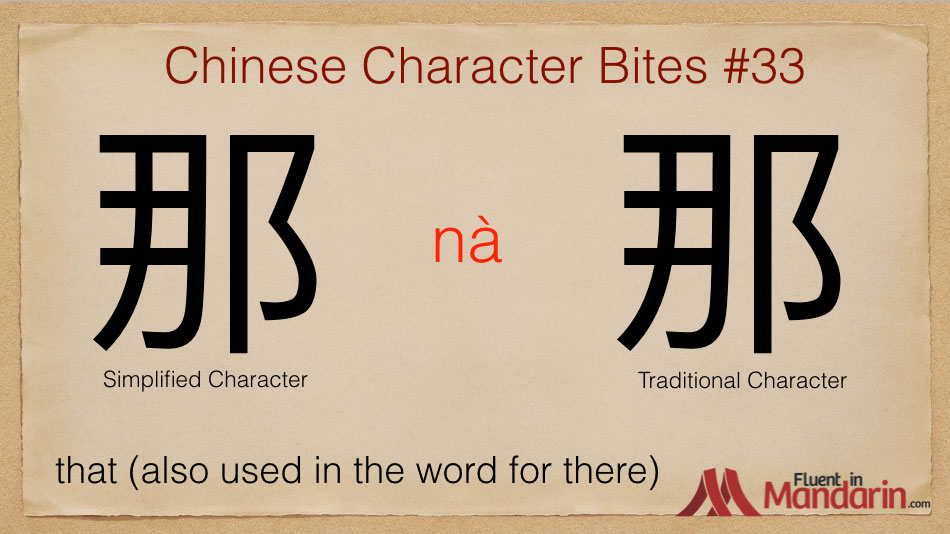 Our character for today is 那

This character is pronounced nà in the 4th tone.

那 means ‘that’, for example in 那个 (that one). When it has this meaning, it is sometimes pronounced nèi in northern China.

You’ll also see it is 那里 and 那儿, which mean ‘there’, and 那么, which means ‘in that case’.