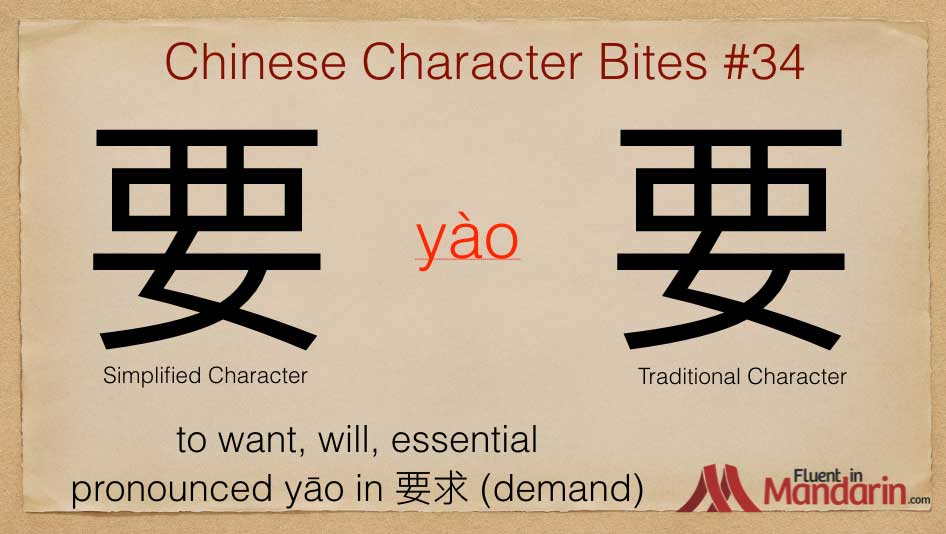 Our character for today is 要

要 means to want, to wish, main, essential or will (indicating that something will happen in the near future)

This character originally came from another character with a similar pronunciation 腰 (waist) and showed two hands pointing to a woman’s waist, with the radical for flesh on the left hand side.

It was borrowed for the present meaning due to its sound.