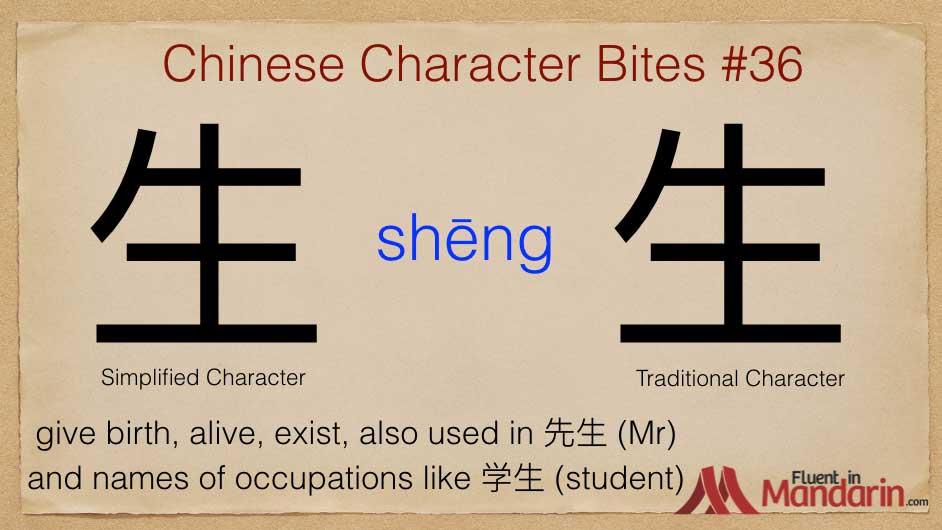 Our character for today is 生

This character is pronounced shēng in the 1st tone.

生 can mean ‘give birth’, ‘alive’, and is also used in names of occupations.

You’ll see it in:

生 originally came from a picture of a plant growing, representing life or being alive.