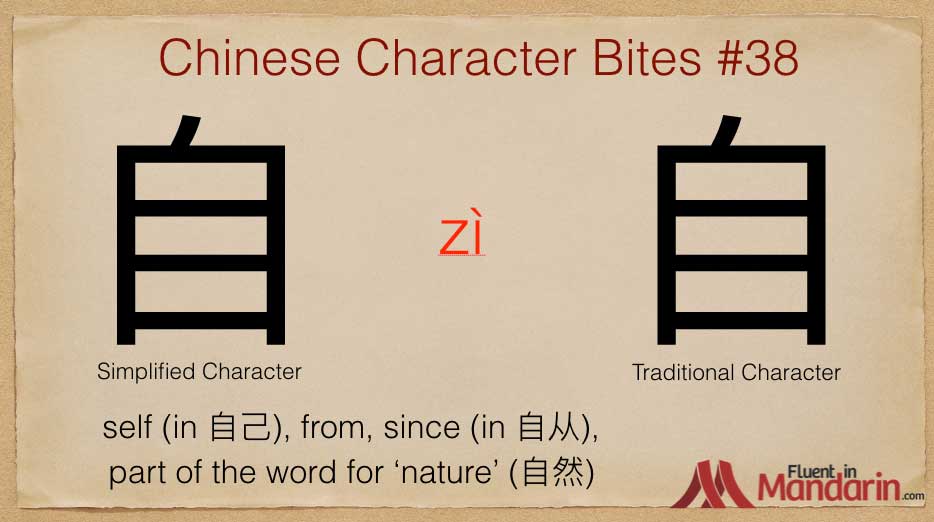 Our character for today is 自

This character is pronounced zì in the 4th tone.

自 has a couple of different meanings.

A lot of the time, it means ‘self’, for example in 自己 (self, oneself)

It can also mean ‘from’, and when it comes as part of 自从 it means ‘since’

You’ll also see it in 自然, which means ‘nature’ or ‘natural’

Not to be confused with:

白 (white), which has just one line in the middle, and 目 (which doesn’t have a stroke at the top).

This character is usually thought to come from a picture of a nose.