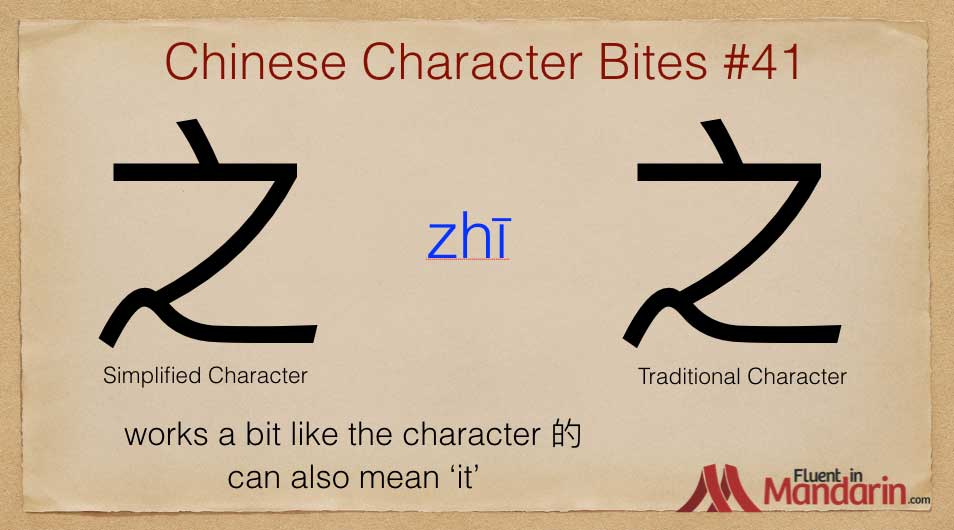 Our character for today is 之

This character is pronounced zhī in the 1st tone.

之 is a character that comes from classical Chinese, but is still sometimes used in the modern Chinese language.

Normally it does one of two things: 1) It is a grammatical character that works a bit like 的 (the most common character in Chinese) – it is a particle that connects two parts of a sentence together and shows the relationship between them, or 2) sometimes it is a pronoun meaning ‘it’.

This character was originally from the character 止 (foot), but with an extra line on the bottom.

It has evolved into something that looks a bit like the letter Z, with a dot on the top, but be careful, this character is written using three strokes. You don’t write it all in one like a Z.