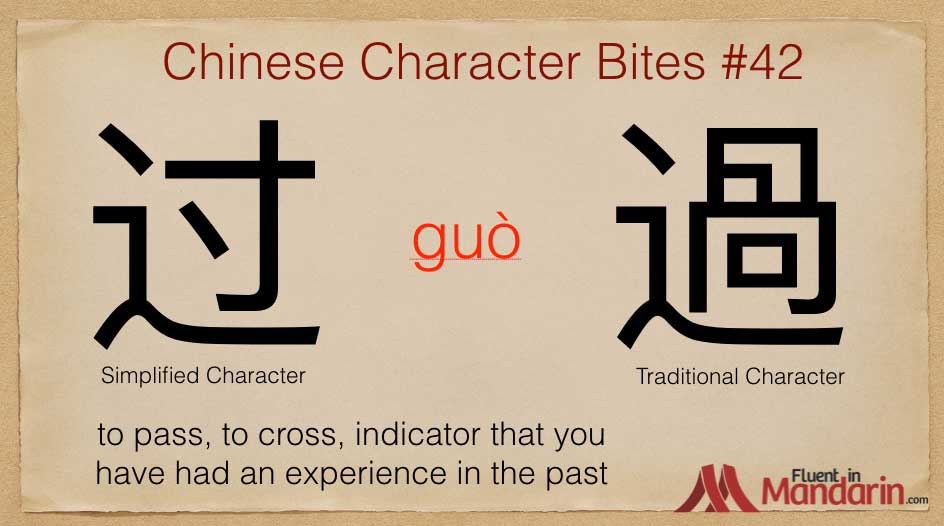 Our character for today is 过

This character is pronounced guò in a 4th tone.

过 normally means one of two things. Either it can be a verb meaning ‘to pass by’ or ‘to cross’, for example 过马路 ‘cross the road’

Or it can be a particle indicating that you have had an experience or done something at least once in the past. For example, 你去过中国吗？Have you been to China (before)?

过 is divided up into two parts. The left hand side is the radical 辶 ‘travel’ or ‘go’, which is connected with the meaning of the character.

The right hand side in the traditional character has a similar pronunciation 咼 guō, so it indicates how the character is pronounced. In the simplified character, it has been changed into 寸, which means ‘inch’.