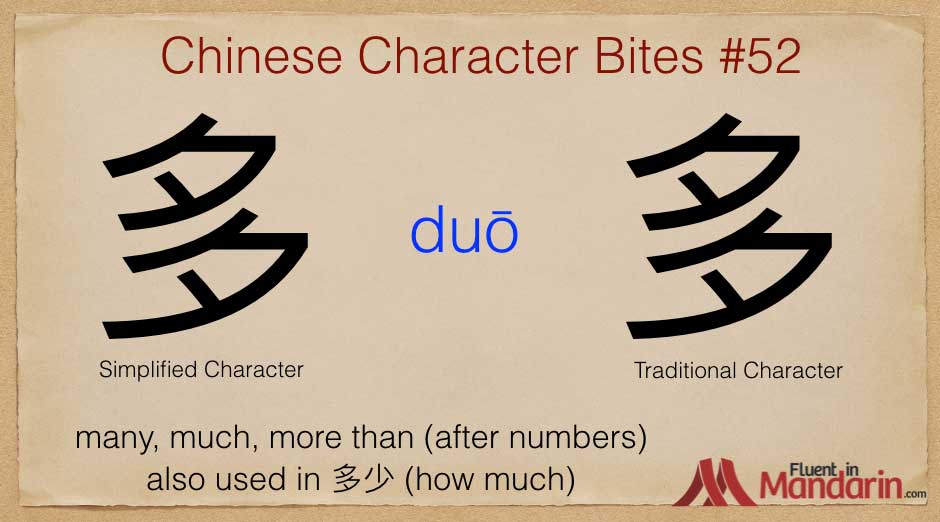 Our character for today is 多

This character is pronounced duō in the 1st tone.

多 is made up of two 夕 characters, representing the idea of many or multiplication.