What are Chinese Measure Words? – The Ultimate Guide 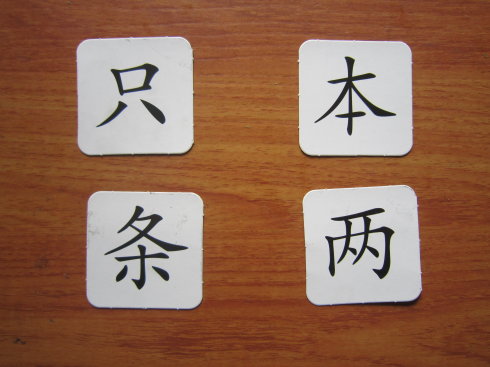 Measure words can be a difficult concept for beginner Chinese learners, so in this guide I want to explain as simply as I can what they are and how they work.

What are measure words and when do you use them?

Measure words are one of the key differences between Chinese and other languages.

Let me explain how they work by giving you some practical examples.

So when you are using a number with an object, then you have to put a measure word in the middle.

The other situation where you generally have to use measure words is when you are asking ‘how many’ of something.

So in English we would say ‘How many cats?’ but in Chinese this would be ‘How many + measure word + cats’.

There are two words for ‘how much’ or ‘how many’ in Chinese: 几 and 多少.

几 is generally used when you are talking about just several of something, definitely less than 10.

多少 is used for ‘how many’ when you are talking about a larger number.

And 几 also means ‘several’, so you also have to use a measure word when you are talking about several of something.

So let’s recap on exactly when you have to use measure words in Chinese:

Examples of how to use measure words

Let me take the example of ‘cats’ from above to show how measure words are used.
Notice that there is no singular and plural in Chinese. The character for cat stays the same.

You might already know that to ask how much something is, you say 多少钱? (how much money – no measure word there).

In some situations, Chinese measure words can work in the same way as in English.

For example, in English you could say ‘two bottles of beer’, and in Chinese this would be 两瓶啤酒 (literally two + bottle + beer)

Another example would be ‘three sheets of paper’. In Chinese this would be 三张纸 (literally three + measure word + paper).

Which measure word do you use?

The difficulty with measure words is that there is not just one that you use all the time, in fact there are dozens of them!

The best way to go about fixing them in your brain is not to memorise a list of words (which is never very effective). Instead, every time you learn a word in Chinese, try to learn the measure word with it.

If you get into the habit of learning measure words at the same time as you learn words, then you will quickly start to be able to use them correctly and spot the different patterns of which measure word is used when.

When you learn about different measure words and you start to spot patterns, you’ll find that the measure words are grouped according to the type, shape and the nature of the object that you’re talking about.

Here are some common examples: (you don’t have to learn them by heart, just be aware of how they work and it will help you recognise them when you come across them).

And there are many others.

Some items and nouns in Chinese don’t have a specific measure word associated with them, in which case we use the catch-all generic measure word: 个 (gè). To me, it looks like an arrow pointing upwards, so it’s really easy to pick out of any text of Chinese characters.

For example, there not really a specific measure word for ‘apple’, so ‘an apple’ would simply be 一个苹果.

个 is also used as the measure word for people, for example one person is 一个人.

For example, a hat should strictly be 一顶帽子, but you will also hear people using 个 and saying 一个帽子.

If you don’t know which measure word to use, try 个

And here’s a tip: if you don’t know which measure word you should use for something, you can generally get away with using 个 instead.

It might not be strictly correct, but you can use it first before you learn the correct measure word, so you don’t have to worry too much about not knowing all the right measure words, you can pick them up as you go.

I hope this article has helped to demystify the measure words in Chinese. If you’ve got any questions, just leave a comment and I’ll answer them for you!