Why it can be difficult to order in Chinese in restaurants, and what you can do to make it easier 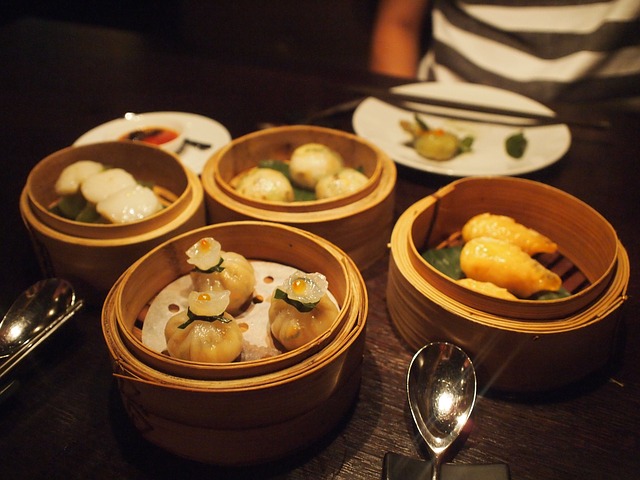 It happens to many Chinese learners.

You’ve been learning Chinese for a while and then you go to the local Chinese restaurant, excited about the opportunity to practise your newly-developed skills and order some of that delicious Chinese food.

You try to say a few words in Chinese or a name of a dish from your book, and the restaurant owner looks at you blankly, wondering what you were trying to say.

In this post, I’m going to break down some of the possible issues, and also talk about some things you can do to make things easier!

In the past, whenever I used to go back to the UK and friends wanted to order Chinese food, they would often ask me if I could do the order in Chinese, and it was often pretty difficult, for the simple reason that the menu was all in English.

The names on the menu would be things like ‘Chicken with cashew nuts’, or ‘Chicken with mushrooms’ – just telling you the ingredients of the dish, and pretty different to what the names would be in Chinese. If you were to translate them literally, they wouldn’t really make much sense.

The reason they often write the names like this is because the names are difficult to translate or wouldn’t be understandable if they were translated into English according to the traditional Chinese.

If you want to order the dishes in Chinese by name, you would have to guess the Chinese name, and that can be quite difficult.

Solution: Either ask for a Chinese menu: 有中文菜单吗？(yǒu zhōngwén càidān ma?). Or, order by number, if they have numbers on the menu, e.g 三十七号 sānshí qī hào (number 37), or the number you want + hào (number).

2) You are asking for a dish you’ve learned, but they don’t have it

Sometimes, beginners’ textbooks include a few names of dishes, and you might trying to ask for one of them.

The problem is, though, China is such a huge place, and there are different dishes in all the different regions, so there’s no guarantee what you want to order would be on the menu.

Restaurants often offer food from a particular region, say Sichuanese food, or food from the northeast of China, and they might not have what you are asking for.

Solution: Either try to order from the menu, or ask if they have a particular dish, by saying yǒu + the name of the dish + ma? For example to ask if they have Kung Pao chicken, you could say 有宫保鸡丁吗? (yǒu gōngbǎojīdīng ma?)

3) You haven’t got the name of the dish right

I’ve seen people go into Chinese restaurants and just ask for 鱼 yú (fish) or 面 miàn (noodles), and just saying that is definitely going to confuse restaurant owners. They probably have many different dish dishes or noodle dishes…

You might also have got the tones of the name of the dish wrong, in which case it’s time to check in the dictionary (Pleco is a good app for looking up things on the move) and check you’re saying it right.

Solution: Order by number, or do your homework and try again next time 🙂

People often say the reason why it’s difficult to order in Mandarin in Chinese restaurants throughout the world is because the owners are Cantonese speakers, or Fujianese speakers, and they don’t understand Mandarin.

This can be true, but most of the time, even people from Hong Kong and other parts of China can understand basic Mandarin, especially if it’s something as predictable as the name of a dish in Chinese.

The owners might be talking to themselves in a local dialect (it could even be a dialect from a small town that even a lot of Chinese people wouldn’t understand), but even so, the chances are they would understand your order.

If you are unlucky and the person taking your order doesn’t speak Mandarin, then don’t worry about it. They could even be an Asian American, or a British born Chinese, so you could always switch back to English!

Solution: Ask if they can speak Mandarin first 你会讲国语吗? (nǐ huì jiǎng guóyǔ ma?), or alternatively, learn a bit of Cantonese 🙂 (or another dialect), or try English..

5) The menu is too complicated to understand

Believe me, I’ve been there.

I remember in 2007 when I went to Taiwan, I only knew a handful of the characters for foods.

I basically just walked around with an electronic dictionary looking up half the characters on the menu.

(At the time I was using an electronic dictionary that I bought, but nowadays if you have a smartphone you can just download the app Pleco and write the characters on the screen to look them up.)

The good news is that even though Chinese menus look really complicated at the beginning, after a while you’ll find that the same characters come up again and again, and once you know about half of them you can have a pretty good guess as to what you’re getting.

I’ve written about the most basic Chinese menu characters in this post and this post, to get you started.

Solution: Point at the menu (if there are pictures) and say “bring a portion of this” 来一份这个 (lái yīfèn zhège), order by number, look up the characters you don’t know in an electronic dictionary and prepare what you are going to say before you order, or snap a picture, go away and start learning some of the words, and try to do it in Chinese next time!

Chinese restaurants and menus can be a challenge, even if you already know some of the characters, because the names of the dishes can sometimes be a bit more literary than the English ‘chicken with mushrooms’…

But, if you travel to China or eat out with Chinese friends, or even work your way through the menu, you’ll quickly learn the names of your favourite dishes and be ordering tasty classics with ease!

The important thing is not to be put off if the person you’re talking to doesn’t understand you the first time, or even the second time. Don’t think that it’s impossible to be understood; it’s all just a learning opportunity, and you will get better and better at it.

And finally: bon appetit everybody!