Is becoming ‘fluent in Chinese’ really a realistic goal? 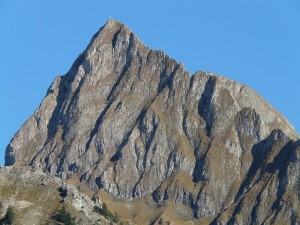 When I ask Chinese learners what their goal is in learning the language, people often tell me that they would like to become ‘fluent’ in Chinese.

It’s no coincidence that the name of this website is Fluent in Mandarin, and that’s a great aspiration to have, but is “becoming fluent in Chinese” really a realistic goal if you’re just starting to learn Chinese?

After all, what does “being fluent in Chinese” really mean, and how do you know when you’ve achieved it?

When I first started learning Chinese, I also wanted to learn “everything there was to know about the language,” know “all the characters you need to know” and get “fluent” in the language.

In other words, my goals were pretty vague.

Luckily, at the beginning I was learning the language in a class environment, so I knew exactly how many units we had to complete, how many characters I needed to know by when, what exercises I needed to do and when to hand them in.

I say luckily, because if I didn’t have that, I probably would have got lost and I might even have given up.

That’s the thing: the vaguer your goals are, and the less strict you are about the time it will take to achieve them, the less likely you are to ever get anywhere, and one of the most common reasons why people give up learning a language is because they didn’t have a clear reason for learning it in the first place or they didn’t set clear goals.

One way of thinking about goals that often comes up is the SMART system, which stands for Specific, Measurable, Achievable, Realistic and Time-bound.

Your dream or your aspiration might be to be able to speak fluently, just like mine was when I got started, but that doesn’t really hold up well when you think of it in terms of these criteria.

Getting fluent in Chinese is by no means a specific target; there isn’t really a good way to measure it, so for that reason it’s hard to say whether it’s achievable or not when you set the goal, and even harder to predict how long it is going to take.

A better system you could use to define your goals could work something like this:

1) First think about your desired outcome
2) Define multiple smaller goals which are measureable and time-specific.
3) Think about the specific actions you have to take to achieve those smaller goals.

Let me give you an example. If your desired outcome is to be able to have a conversation in Chinese, then your smaller goals might be something like this:

Or, if your desired outcome is to learn to read Chinese you could set goals like:

a) Learn 500 characters within 3 months
b) Complete the first chapter of your graded reader by December
c) Read one short news article online every day for the next month.

And so on. It also makes sense to divide up ‘speaking Chinese’ or ‘reading Chinese,’ because they are such big areas.

If it is speaking and conversational Chinese that you are most interested in developing, you could define your goal in terms of the topic of the conversation, try to record a monologue of a certain length, or try to have a conversation in Chinese with a friend without switching to English for a certain number of minutes.

Over time, a 1 minute conversation will become 5 minutes, the number of times you have to switch to English or look up a word will go down, and the number of characters or words you know will increase.

But the best way to make this progress is to set smaller goals that motivate you and actually get you moving towards to where you want to be, rather than setting your heart on the top of the mountain, without thinking about a way to climb to the peak.

One of the key things I try to get across to people is that is is completely possible to become ‘fluent in Chinese,’ but you might have to aim for smaller things in order to get there.

It could be worth taking a moment to think about your own learning goals. Would it make sense to divide them up further into smaller goals and tasks?

Let me know what goals you’ve set for yourself in the comments – I’d love to hear from you!