Those Chinese characters that are really easy to get mixed up 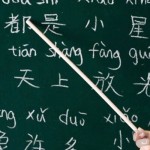 Chinese characters are made up of components, which means that you just have to get used to writing the different radicals and parts.

But sometimes, when different characters contain the same components, it can make things more confusing rather than easier….

Here are some of the characters that I have found the most ‘confusing’ characters. I’m explaining them here so you can identify the ones you might have seen, and prevent potential confusion in the future!

Don’t look at the characters below and panic! You wouldn’t normally see them written side by side like this; if you see them as part of a word or in context, they are much easier to figure out!

CAUTION: If you learn these characters from a list, that would probably just make things more confusing.

Being aware of these characters and breaking things down could make things easier.

Some of the more common ones that might confuse you:

These characters have the same right hand side, but they are pronounced completely differently and have different meanings.
没 méi means ‘not’ and it has the three drops of water on the left.
设 shè means set up or establish and it has the speech radical on the left.
般 bān is used in 一般 which means average or ordinary. The left hand side is boat.
船 chuán means boat. The left hand side means boat, but the right hand side is slightly different.
投 tóu means throw. This one is not so bad, because the meaning is related to the hand radical on the left.

For some reason, I always used to get these two confused.
The right hand side of both characters is 急 which means ‘anxious’ or ‘in a hurry’
隐 yǐn means ‘hidden’ or ‘hide away’. The way I remember this is that the meaning is related to the left hand side of the character, which means ‘hill’.
稳 wěn means ‘stable’. My mnemonic for this one is ‘the grain is stable when there is no breeze’, because the left hand side means ‘grain’

These four can be really confusing
庭 tíng means court or yard, and is used in the word for family – 家庭
廷 has the same pronunciation and almost the same meaning, but it is used in 宫廷 – the imperial court
延 yán means ‘prolong’ or ‘delay’. The bottom part is the same, the top part is a bit different.
诞 dàn is the same as the previous character but with the speech radical added to the left. It means ‘birth’ and is also used in the word for Christmas – 圣诞节

The left hand side, the top and therefore the first six strokes are the same (this part of the character means flag), but these characters have completely different pronunciations and meanings.
族 zú means ‘a people’ or ‘race’
旅 lǚ means ‘to travel’
游 yóu means swim and also goes with the last character to mean travel
施 shī means ‘to carry out’
旗 qí means ‘flag’
旋 xuán means ‘spin round’

Different radical, but the rest of the character is the same. Perhaps the hardest thing about these characters is the pronunciation, because their pronunciation is very similar.
验 yàn – means ‘test or examine’. The left hand side is horse.
脸 liǎn is ‘face’, with the flesh radical on the left
检 jiǎn is ‘check, with a tree radical. Maybe think about going to ‘check’ a tree
险 xiǎn is ‘dangerous’ with ‘hill’ on the left. It could be ‘dangerous’ climbing a ‘hill’
签 qiān means ‘sign’ or a ‘note’. The top part is ‘bamboo’ because it originally meant strips of bamboo that you write on.
剑 jiàn means ‘sword’ and the last two strokes on the right mean knife, which makes sense.
捡 jiǎn is ‘pick up’ or ‘gather’, and the left hand side is hand.
俭 jiǎn is frugal, and the left hand side is ‘person’

Again, there’s a part of the character is the same, and the pronunciations of these characters are very similar. Essentially it is just the radical that is changing.
扁 biǎn is the common element to all the characters, and it means ‘flat’
编 biān is ‘weave’ or ‘edit’ and the clue is the silk radical on the left
遍 biàn means ‘all over’ or ‘times’ and the left hand side means walking/travelling
篇 piān is a measure word used for articles etc, and the top part means bamboo
偏 piān means ‘leaning’ or ‘prejudiced’ and has ‘man’ on the left
骗 piàn means ‘to cheat’ and it has a horse on the left. Cheating somebody out of a horse?

Again, the top half is the same, and the bottom half is slightly different, with different pronunciations.
卷 juǎn or juàn means a roll or volume
券 quàn means ‘ticket’ or ‘coupon’
拳 quán means ‘fist’ or ‘punch’. This one is clear from the hand component at the bottom

咸 xián is the simplified character for ‘salty’
add the heart radical to the bottom and another you get 感 gǎn, feeling. With two drops of water on the left it is 减 jiǎn, reduce or subtract. With the mouth radical on the left it is 喊 cry out, which has a completely different pronunciation – hǎn.

Even Chinese teachers pay special attention to teaching children how to write these two. They are almost exactly the same, both have eight strokes but one stroke is written differently.
拔 bō means ‘poke’ or ‘dial’ and contains 发
拔 bá means ‘pull out’ and contains 犮 (it’s missing a tiny hook)

The first character is sài and the second character is normally pronounced sāi. Only the bottom of the characters (the last few strokes) are different. For some reason I can never remember how to write these two.
赛 sài means ‘race’ or competition
塞 sāi (usually) means ‘blocked up’

Both of these characters are pronounced shā and both mean sand. So why are there two different characters? I honestly have no idea. If you are reading this and you know the answer, then do let me know!

Some really insane characters for those character-freaks out there!

日 (ri4) and 曰 (yue1) – The first one is a common word meaning sun or day, the second character appears in ancient Chinese and means ‘say’

臼 (jiù）and 白 (bái) – The first one means a mortar for grinding things in, the second one is a common character than means white.

Are there any other characters which you always get confused or mixed up? Are there any characters that seem to be almost the same, but are annoyingly not? Share them with us!