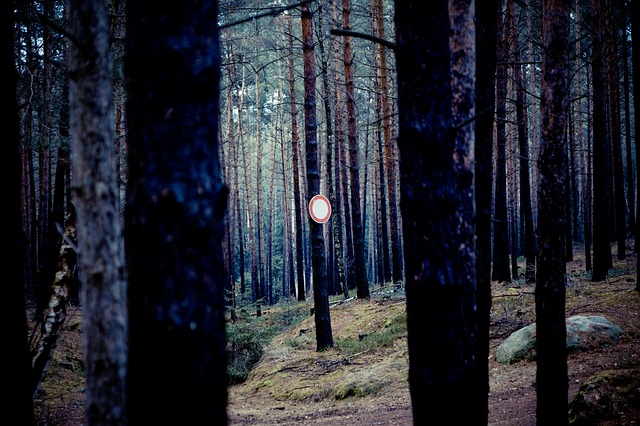 Whatever language you’re learning, you’re always going to have times when your motivation is low and you feel pretty down.

And one of the big causes of this is when you’re practising Chinese listening or you’re trying to have a conversation in the language and you just feel that you can ‘hardly understand anything.’

Have you been there before?

I remember back in the day this used to happen to me quite often.

In 2007, I went to Taiwan to study for a couple of months, after studying the language for around 9 months in the UK.

I could communicate fairly well, and understand a fair bit of conversations I was hearing, but I remember one time when I was with some friends and a tour guide, and I just found it really difficult to understand what the tour guide was saying. Sure, I could pick out some of the words, but I couldn’t really piece together the meaning at all.

Then my friend started to summarise what the tour guide had said, and I just couldn’t believe that she had managed to understand all of it, and she even said “Weren’t you able to understand what he was saying?”

I felt really frustrated. Why was it that I had been studying Chinese for months and I still couldn’t understand?

Then, a few years later, when I went to Beijing, I found the local accent really hard to understand. It just seemed to be completely different from the Chinese I had learned before, and all the words just seemed to slur together. I could barely pick out anything!

In the early days, a lot of the times when the Beijing taxi drivers was speaking, I was only able to pick up the gist, but I still managed to nod my head and say, “yeah, yeah,” and keep the conversation going…

I’m telling you these stories not to put you off, but to tell you that these are situations that can happen to any Chinese learner, and everybody goes through it, and most importantly, it does get easier and easier to understand what people are saying back to you.

Still, it can be hugely demotivating at times when you just feel that you’re not as good as you think you should be, and you’re got so far left to go.

So, in this post, I want to break down some of the ways of thinking about this kind of situation and tactics you can use to keep the communication going, whatever level you’re at.

It’s rarely the case that you’re not understanding ‘anything’

All of those times that I started to feel frustrated, it wasn’t the case that I wasn’t able to understand anything.

I remember back in week one of learning Chinese, I would switch on the radio, and all I would really be able to understand was 中国 (China) and the rest was a mystery, but that was still better than nothing!

Often, when your emotions start to take over and you start to feel down, you start to exaggerate things. Sure, there may be a lot you don’t understand, but you might actually be getting a lot of it too

If you’re having any kind of conversation with a Chinese person then most likely they’ll try to help you out if they can.

Therefore, rather than being hard on yourself for not being able to understand, try to make things easier by communicating your difficulty to the person you’re talking to.

In the majority of cases, they won’t mind, and they’ll be happy to repeat things or slow down a bit for you. They may also be able to say things in a simpler way if they know you’re having trouble. Young people are especially good at adapting the way they speak when talking to foreigners. Where there is a will to communicate, there is a way!

Here are a couple of phrases you can use:

At the beginning, it can be particularly hard to understand the TV, radio or conversations you overhear.

Other than just the vocabulary, there can be all sorts of reasons why you find it difficult to understand. The people talking could have a strong local accent, be using a local dialect or a lot of slang, or there could be a lot of cultural references you are not familiar with.

But when you are talking to somebody directly, you eliminate quite a lot of these problems, the person may speak slowly and use easier language, and if you started the conversation then the context of the conversation will be clear!

Listening for keywords can help you cope in difficult situations

Even when you think you can’t understand much, listening for keywords can often allow you to pick up the basic message of what somebody is saying to you.

For example, it’s very easy to ask for directions, but it can often be difficult to understand when somebody gives you a really long and complicated explanation and doesn’t use the phrases that you learned in your book.

In this situation, you can still listen for phrases like 左转 (turn left) 又转 (turn right) or 路口 (junction) and repeat them back to the speaker to confirm, and often pick up enough to get where you want…

When people talk, they often add a lot of detail and ‘filler language’, and if you can understand a few of the most important words, then you can often pick up enough information to get by.

You can train yourself to understand specific topics

Often one of the big reasons why you are understanding so little is because the conversation is about a topic that is completely unfamiliar to you and hasn’t come up in your learning before.

I still find it hard to understand some Chinese tour guides at tourist sites, because they are often talking about ancient Chinese history and a lot of cultural elements that I have probably only learned about in English.

If you go to a lot of restaurants, you can learn names of foods, cutlery and ingredients, and you’ll find that the conversation will usually go the same way. If you’re in a university, you’ll usually be talking about classes or the place on campus, and learning those words is something you can do quite quickly.

In any case, it is often vocabulary that is the biggest issue holding you back, which takes time to build up, so it’s always really important to keep looking up and revising vocabulary, to give yourself more of foundation in the language and solve the problem at the root.

It’s not realistic to understand the ‘whole of Chinese’

Remember that being able to understand everything in Chinese is a huge task. Even though Mandarin is something that has been standardised by the government, Chinese is spoken over a huge area, and there are many local dialects of the language and accents.

And even for Chinese people, it can be hard to get what people are saying in certain places and certain situations, so this is even more so for a learner of the language.

Perhaps the most important thing is to get comfortable with not understanding everything.

At the beginning, it may be a shock when you move from ‘textbook Chinese’ to communicating in the real world, but if you treat it as a learning experience, you will continue to pick up more and more and bridge the gap 🙂