Why didn’t Chinese switch to using an alphabet? 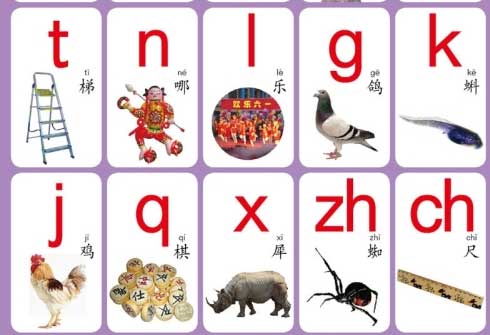 For many people learning Chinese, it sometimes seems surprising that Chinese characters have survived almost unchanged for centuries.

When you are faced with learning so many individual characters, and you start forgetting them almost as soon as you’ve learned them, it’s hard not to wonder why they didn’t evolve into ‘something easier’.

In this post, I want to talk about the perhaps slightly controversial topic of why Chinese didn’t switch to using an alphabet, and offer some thoughts about why Chinese characters have remained the basis for the written language.

In fact, it’s not just the language of China, written Chinese was once used much more universally across East Asia. The classical Chinese language was once widely used across Japan, Korea and Vietnam.

Learners who have dabbled with Japanese will know that as well as using characters that come from Chinese, called Kanji, Japanese also has two sets of syllabaries, which are symbols that directly represent sounds rather than meanings, and are close in concept to an alphabet.

Vietnamese was once written with variants of Chinese characters, but Catholic missionaries first started using the Roman alphabet to write the language in the 16th century, and it gradually caught on after that.

The standard system for writing Vietnamese in the modern day is completely based on the Roman alphabet, and it’s partly credited for the fact that the population is now almost entirely literate.

So why didn’t Chinese go the same way and switch to using an alphabet?

1. There are so many similar sounds in Mandarin that using an alphabet could make things more confusing

Mandarin has a limited number of sounds that are used to say everything, and just four tones (Cantonese has 6/7 tones, and many other tonal languages have more than four). This means that there are quite a lot of similar sounds. Whereas similar sounding words look completely different when they are written as characters, they can be harder to pick out when written in the Roman alphabet.

Just as an example, there are more than a hundred Chinese characters that are pronounced yi in Mandarin, whereas in other dialects of Chinese they may be pronounced differently. Even if you add tone marks and a bit of context, things could still get very confusing.

2. The invention of ‘Pinyin’ has made up for the ‘lack of an alphabet’ to some extent

It’s definitely not the case that nobody in the Chinese speaking world has ever thought about writing the language with an alphabet.

In fact there was a lot of discussion about it in the early 20th century, but the fact is that it never really ‘caught on’.

Instead, after various systems of Romanizing Chinese had already been in use for years, the Pinyin system was invented and made standard in mainland China in the 1950s.

To a certain extent, Pinyin is able to plug the gap between being able to speak and being able to write characters fully (younger schoolchildren will sometimes even write the pinyin in an essay when they can’t remember how to write a character or they haven’t learnt it yet.)

However, Pinyin, with marks on the top of the letters representing the four tones, is only used as a system to indicate the pronunciation of characters and teach children to speak. It was never designed to be a system to replace Chinese characters.

3. Chinese characters are a carrier of traditional culture, so people have wanted to preserve them

Whenever there have been any discussions about replacing Chinese characters, people have always put forward the argument that characters are a part of Chinese traditional culture, which have developed over thousands of years.

It’s true that if characters ever were to be abolished, then a rich part of the Chinese cultural heritage would be lost, and to many people, that’s enough of a reason in itself to preserve them.

4. Chinese characters are often regarded as beautiful in themselves

Part of the reason that calligraphy arose in the Chinese speaking world was due to the beauty in the strokes and the characters, something that has been confined to history in the countries that have switched to an alphabet system.

5. No government has made an alphabetical system official (except for Pinyin)

In many cases, the writing system that people in a country end up using and gets taught in schools is often defined by those in power.

The Korean alphabet, as I already mentioned, was promoted by a king in the 15th century, and that was probably the biggest factor that made it the ‘standard system’.

The Chinese government decided to make the Pinyin ‘alphabet’ system standard to teach pronunciation, just like the Zhuyin system is used in Taiwan, and the government’s answer to the problem of literacy was to introduce simplified versions of certain Chinese characters in the 1950s – the so called simplified Chinese characters (which have never been standard in Taiwan, Hong Kong and Macao), and to require them to be used in all publications, schools and on signs.

There were even proposals to simplify a second set of Chinese characters in 1977, and there are even books published at that time that contain ‘extra’ simplified characters, even those the proposals were later abandoned.

So what does the future hold for Chinese characters?

There is no doubt that it takes longer to become literate at reading and writing characters than it does with an alphabet, but that doesn’t necessarily mean that literacy rates in Chinese speaking areas are lower. In fact, there is almost total literacy in places like Hong Kong and Taiwan, and illiteracy in mainland China is falling rapidly as well.

School children and students of Chinese may lament the use of so many individual characters, and it is often the case that Chinese people themselves are forgetting how to write them, especially after leaving education and working in and environment where they just write everything on the computer on their phone.

However, it seems almost certain that Chinese characters are going to be used across the Chinese speaking world for the foreseeable future. If anything, computers and the Internet have made it easier to use the written language, and have spread it farther than ever before, and if you do ever forget a character you can always take out your phone, type in the pronunciation and jog your memory!

Do you think Chinese could work without characters? Have you chosen to learn to write Chinese, or is just being able to pick them out enough for you? Let me know what you think in the comments below!