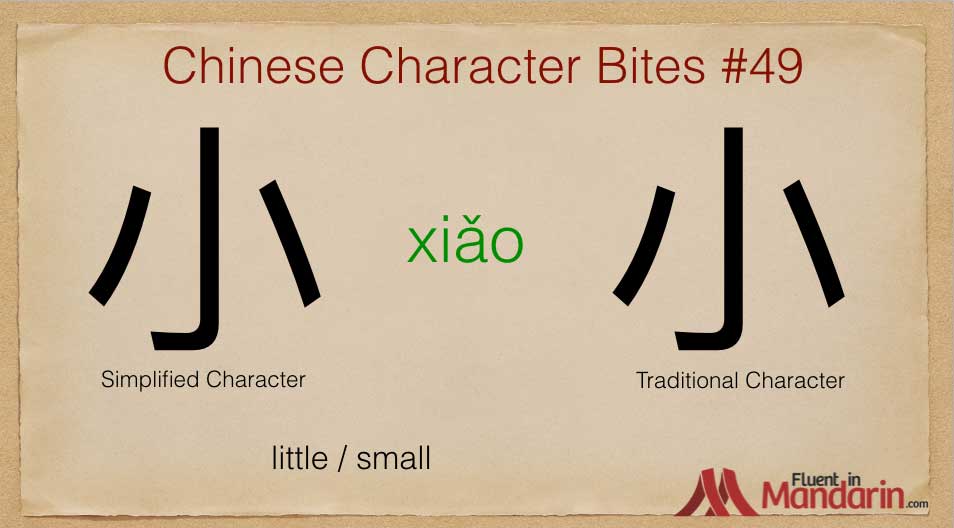 Our character for today is 小

This character is pronounced xiǎo in the 3rd tone.

This character is representative of the idea of ‘small’. The line down the middle with the hook (the stroke that you write first) is being divided up into smaller pieces by the strokes on the left and the right, thus giving the meaning of ‘small’.