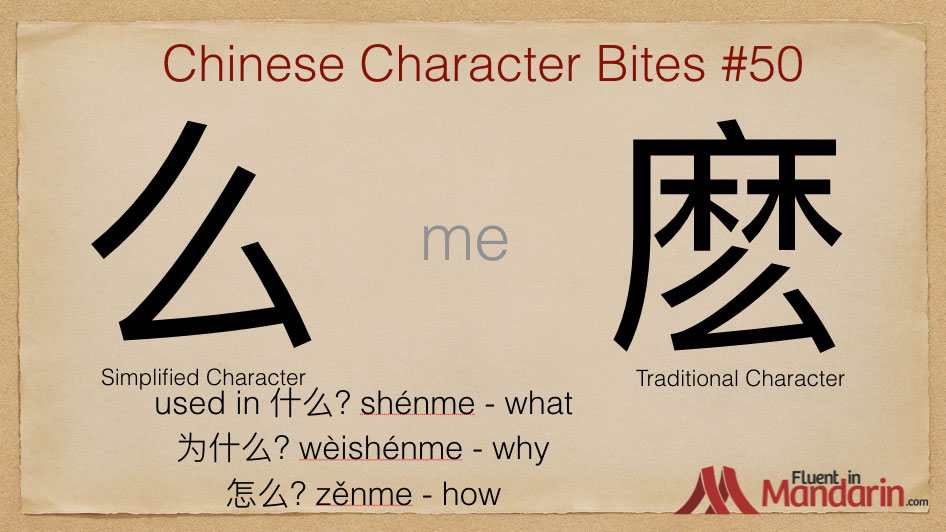 Our character for today is 么

This character is pronounced me in a neutral tone, and you’ll always see it as the last character in a word

么 always comes as part of another word. It appears in really common words such as

I’ve also seen in used as slang in text messages to refer to the sound of kissing, but this probably isn’t a meaning you’ll find in a dictionary!

The traditional character is 麽, which is 麻 (hemp) with 幺 (small) on the bottom

The simplified character is just the bottom part, 幺, which is a picture of two silk cocoons, and is also related to a character for ‘small’.