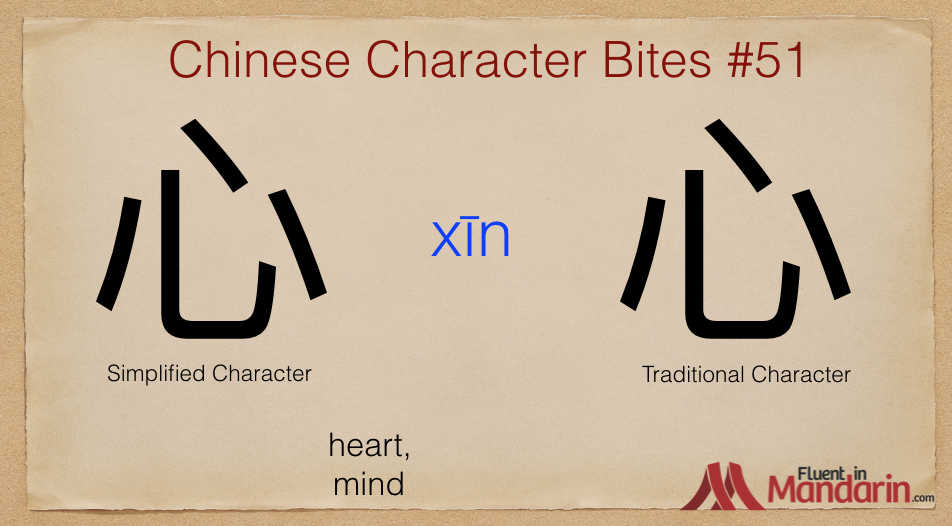 Our character for today is 心

This character is pronounced xīn in the 1st tone.

The core meaning of 心 is heart, and it is used in all sorts of words to do with feelings, such as 开心 (happy – open heart) 决心 (determination), 关心 (concern), 心情 (mood) and so on.

This character was originally a picture of a heart (even though the modern character might not look much like it now!)