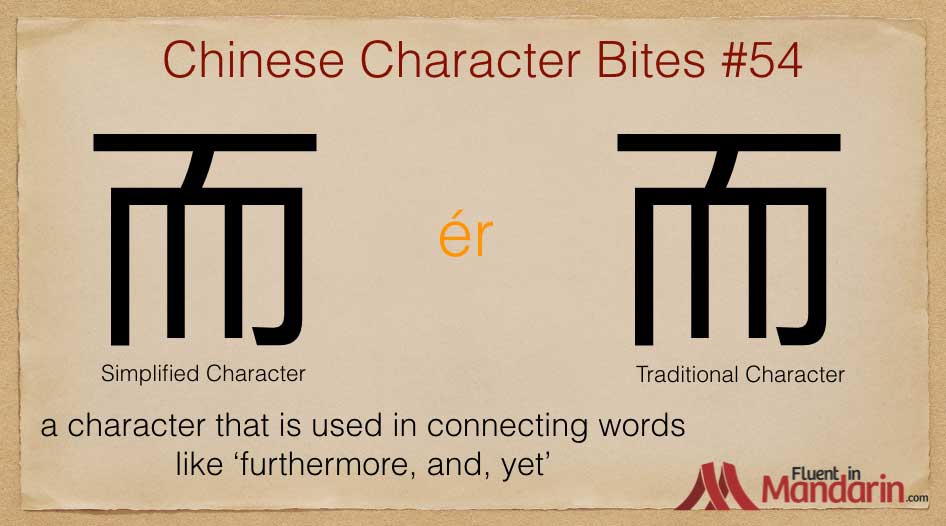 Our character for today is 而

This character is pronounced ér in the 2nd tone.

On its own, 而 is used in the middle of a sentence as a connector and means ‘and’ or ‘furthermore’.

It is also used in connecting words like 而且 (furthermore), 然而 (however) and so on.