The quickest way to understand and start speaking Cantonese, without having to learn complicated grammar rules

Cantonese is the flavour of Chinese spoken in Hong Kong, Macao, Guangdong Province in South China, and by some Chinese speakers in the US, Canada and around the world.

It's at the heart of the culture of Hong Kong, including its entertainment industry, kung fu movies, martial arts and more.

And Cantonese is one of the most fun varieties of Chinese!

But it's not easy to pick up.

For one thing, there aren't that many Cantonese courses.

And many of the ones that do exist are old-fashioned or overly-complicated and confusing.

So where the heck are you supposed to get started?

So many learners, including many expats who live in Hong Kong, try to learn a bit of Cantonese. The vocabulary drives them crazy, they find the pronunciation and the tones impossibly difficult.

They feel so frustrated and disheartened that they just give up, because it's too difficult, there are too many tones, and it's too confusing.

But that's hardly surprising, given the way Cantonese is often taught.

I wanted to produce a learning resource for Cantonese based on my popular Mandarin resources that would make the language easy to understand, so easy that you would understand how it works, even at first glance. 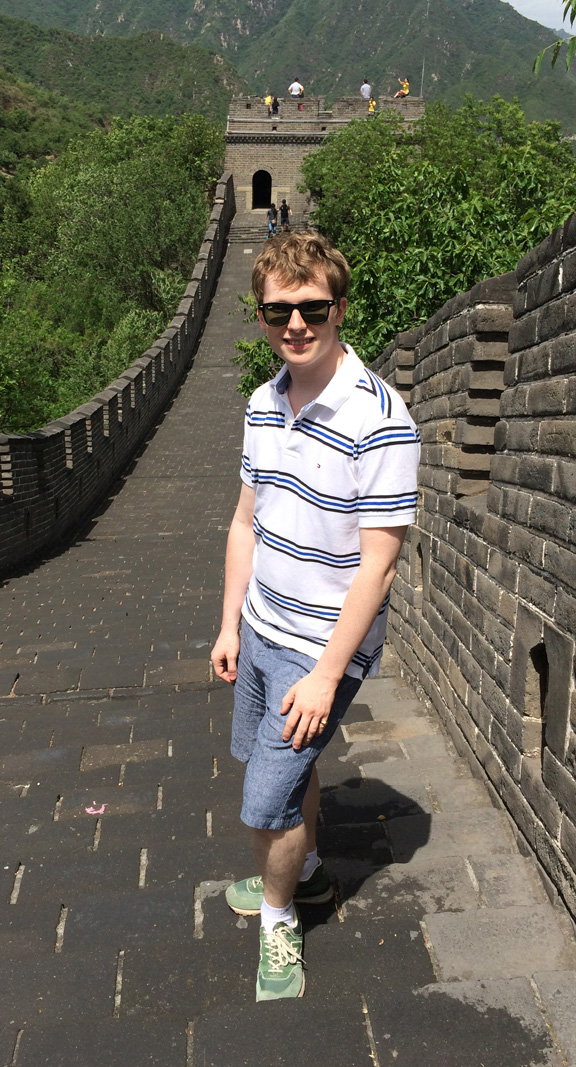 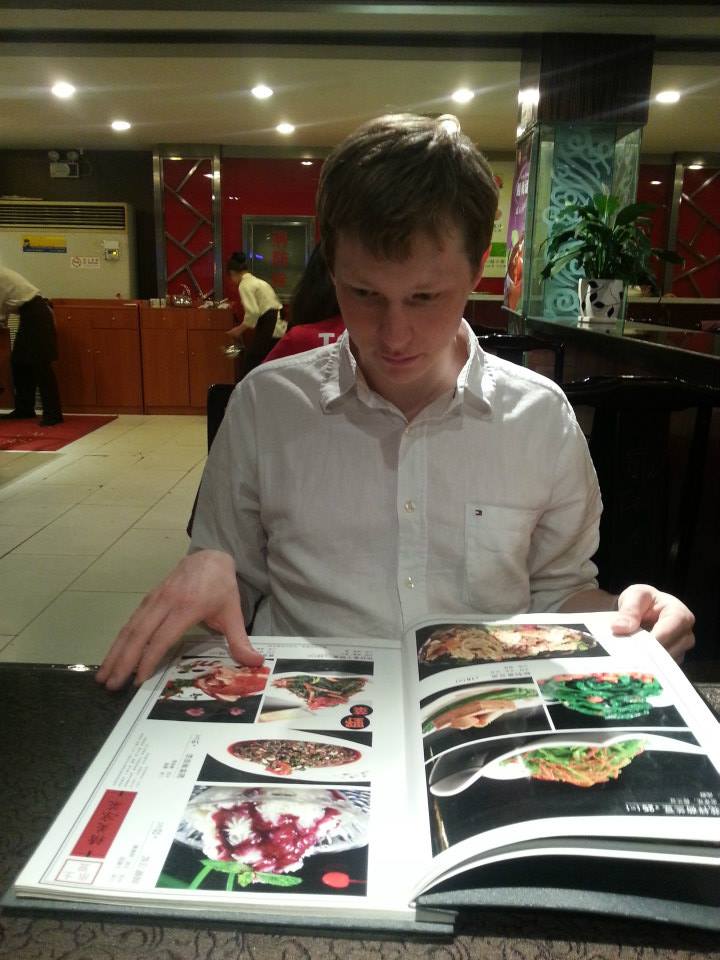 Finally, a way to decode Cantonese

One reason that many people have struggled so much with learning Cantonese is that it's primarily a spoken dialect.

People often don't learn the spoken phrases with the written pronunciation guide or Chinese characters, and they don't understand what the different parts of the phrase mean, which makes them very difficult to learn and remember.

Another reason why people struggle so much with Cantonese is that it has different tones: any given syllable can be pronounced in different ways to mean different things.

And there are different ways of marking the tones, and it varies so much depending on what book you are using, adding to the confusion even further.

But in Plug & Play Cantonese Chit Chat, I write out the pronunciation using the easy-to-understand Jyutping method. I also explain the tones in detail and just use the numbers 1 to 6 to mark them.

You see, Cantonese really isn't as hard as people say, when it's fully broken down.

And Cantonese is like other forms of Chinese, not like other European languages. Words never change their forms, they are just like blocks that you can piece together directly into phrases and sentences.

So, all you have to do to start having conversations in Cantonese is to learn the most commonly used blocks and how to put them together.

Because once you understand the overall structure, you can just swap in different things, to change the meaning to what you want to say.

Now you might be thinking: could speaking a language as rich and complex as Cantonese really be as simple as putting together a few blocks?

Of course, you can't say everything just by 'filling in blanks'. But it’s a great way to learn how the language 'works' and get you started. Here’s an example:

This is just a tiny snippet of one part of the course, but you can instantly see what all of the parts of the sentence mean and how they are pronounced.

It will make it easy for you to pick up beginner Cantonese, whether you have studied Mandarin before or not.

(although if you have learned some Mandarin or Chinese characters before you'll have a big advantage, and you'll spot patterns straight away).

You won't need explanations, because everything in the course is broken for you already.

When you hear the phrases spoken, you will be able to produce them yourself.

And if I give you different words, you can play around with the different parts of the sentence, and suddenly you can say a lot more things.

You're no longer restricted to parroting one single phrase, and you can speak more freely.

And before you know it, you’ll be speaking Cantonese yourself. 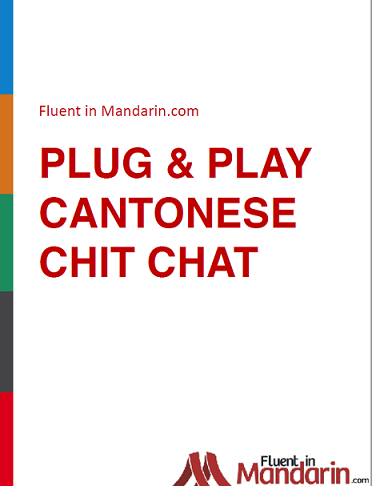 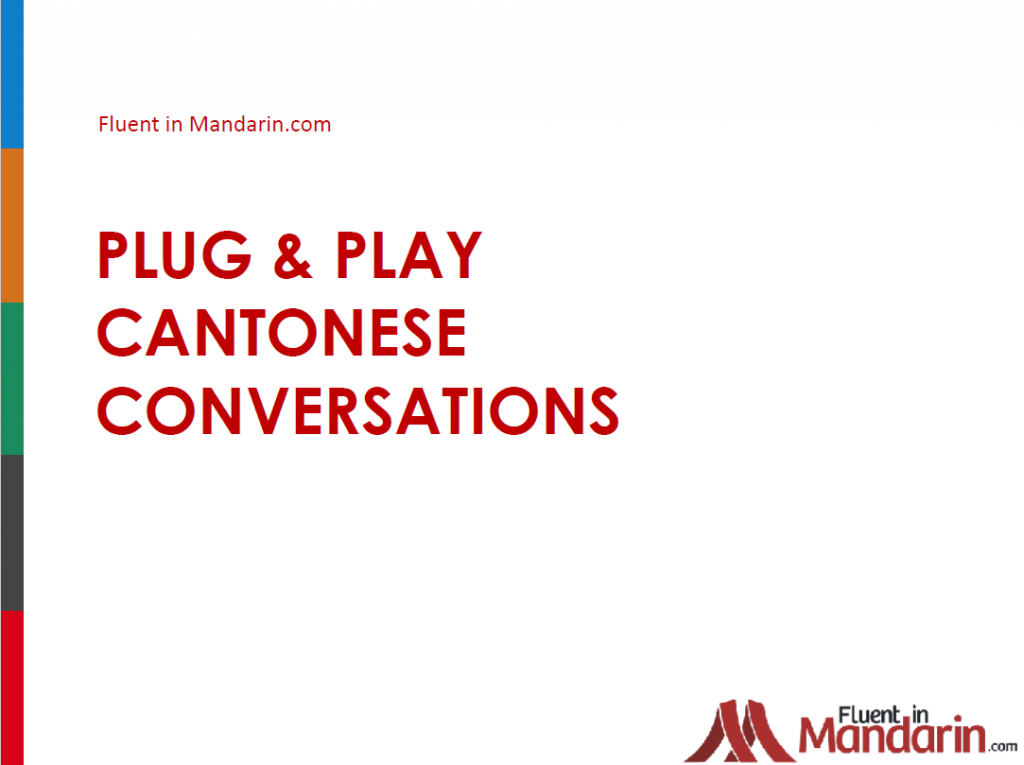 Here's what you'll get: 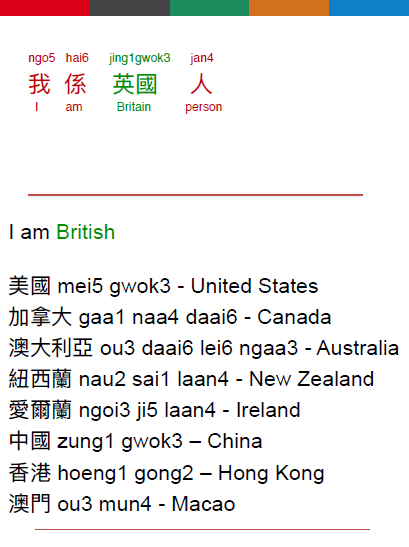 You'll discover how to:

This course is for you if:

I'm keeping the price of this course really low, because I want it to be accessible and affordable to as many people as possible.

If you wanted to have a couple of lessons with a teacher, you'd have to pay at least this amount, probably even more, and the chances are you wouldn't learn as much.

If you work through all the material, you know you're going to be able to walk up to a Cantonese speaker and have a conversation. You won't be struggling to put words together. You'll be prepared.

You'll be able to ask and respond to simple questions and give a complete introduction of yourself.

You'll also get a really good idea of how Cantonese is put together and how it 'works' and you'll have a really good foundation to continue your studies in any way you like.

It's a low price, a low commitment, and you're going to learn a lot..

If you’re not satisfied with Plug and Play Cantonese Chit Chat, just send me an email within 30 days of your purchase and I’ll cancel your account and give you a full refund.
You don’t even have to give a reason. No hassle. No questions asked.

Payment is completely secure, and is handled by a major third party payment processor, not by this site. You can pay by credit or debit card. After payment, everything is automatic. You will receive your password by email, and get instant lifetime access to the materials across all your devices.